Honoring the veterans among us

I would like to take a moment to share my gratitude for the military veterans who serve alongside the dedicated teachers and staff at Coney Island Prep. Serving our country and serving our children are among the most honorable professions we can embark upon, and on this Veterans Day, I would like to share the story of one veteran who, since he was young, knew he wanted to do both.

Kevin Torres, who was born and raised in South Brooklyn, served two tours in Iraq as an infantryman in the 101st Airborne Division of the U.S. Army, and then came back to Brooklyn to be a history teacher, first with Uncommon Schools and now as a Vice Principal at Coney Island Prep Middle School.

Kevin grew up as a younger brother of a Marine and a history buff. Fascinated by World War II, and by those inspired to join the military in the aftermath of Pearl Harbor, Kevin wondered if his generation would have such a call to serve.

Not long after graduating high school, on September 11th, 2001, he heard the call. Despite his misgivings about the pretenses for war in Iraq, Kevin says, “I knew this was my generation’s war, and I’d be 30, 40 years old, teaching history, thinking, ‘I should’ve been there.’ I need to see it through my own eyes.”

In his two tours, Kevin saw a lot. There were regular rocket attacks, firefights, and an IED that exploded near his Humvee, remarkably not injuring anyone.

Kevin would go on to earn the Army Commendation Medal for heroism. 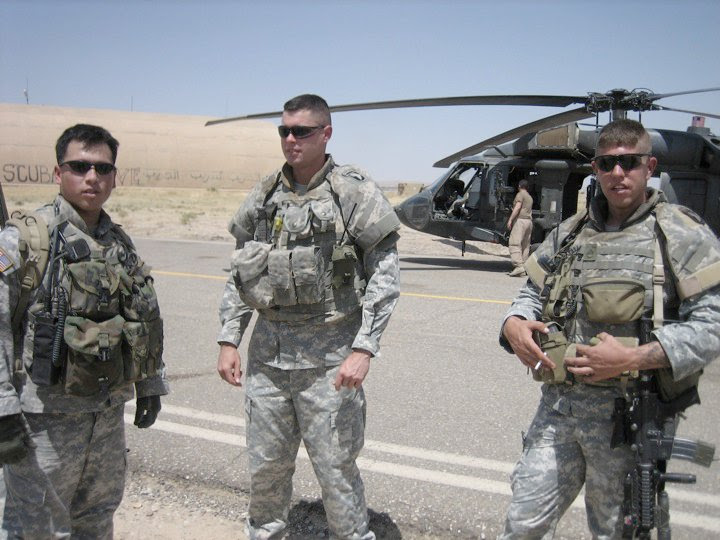 Returning to Brooklyn, he spent a semester at Kingsborough Community College, then transferred to NYU, where he studied History and Secondary Education. He then earned his Masters Degree in Education Leadership from NYU as well.

Thinking about his time in the military and how it prepared him to serve as a teacher and now VP, Kevin says, “It’s about doing something for the mission… something greater than yourself. I’m doing this for the organization, for the benefit of our students.”

To all the veterans who work alongside us in this mission, I thank you for your service.

Sign up for our newsletter and get involved with the Coney Island Prep community.

The Courage to Dream | The Commitment to Succeed.